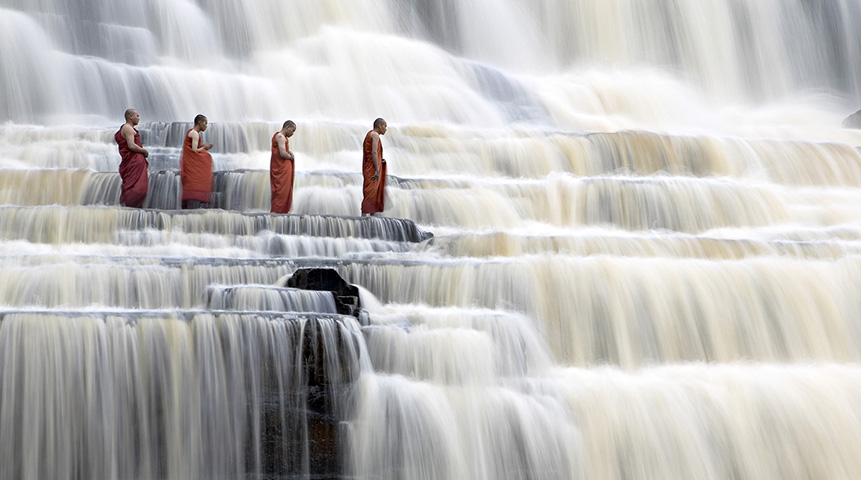 The Nature of After Death Experience: Part Four:

It is highly recommended that you read these writings in their posted order.

After Death Experience: Part One:

There are Four main regions of the after death soul worlds of Kama Loka. We have already touched upon the First region which is the Instinctive which we enter and hopefully extricate ourselves from during the first three days following death and the time shortly thereafter. We have also entered into some of the states of being and awareness involved in Kama Loka Two after death.

In Kama Loka Two: “heightened awareness” perceives everything as mediated by emotion. These emotions are simultaneously extremely intense and at the same time subtle and nuanced. We are reliving familiar emotions that are at the same time made new and often startling by their additional depth and poignant meaning.

In the recapitulation of the periods of ones life it becomes apparent that destined and karmic cycles of time are the foundation of ones enduring identity. During incarnation the physical body and its reality in a physical world acted as a ready source of identity, even as we also experienced a subjective life within that body. Here in Kama Loka that subjective life, now deepened and made completely objective as a being in time, has become the source of self identity.

Basically you are experiencing “bi-location” being in two places at the same time. This does not seem in anyway unusual or strange to you. There is the living present time re-play of events and relationships from your worldly life and the self presence you are now experiencing in heightened awareness. It is a polarity; these two realities flow into and through each other.

There are many instances when you would have reacted differently or done things differently, if you were to do them again. You extend yourself into the worldly replay in order to change it only to discover that this is impossible given that you are no longer incarnated in a physical body. This can cause considerable emotional distress.

This emotional distress arises from the direct empathic experience of what that event meant to and for the other. There is instant atonement, the impulse to make amends, the deep heartfelt desire to make things right. This experience which will occur many times in the passage through Kama Loka with varying degrees of intensity and meaningfulness can be called “the judgment”. We are judged by ourselves, and we redeem ourselves in future cycles of time.

We begin to encounter the true meaning of karma-action, atonement and redemption. When we make a decision or take an action even out of innate impulse we have deemed something. To deem is to will, these words mean almost the same thing, to deem an action is to do it and mean it. When we encounter a previously deemed act and discover it to be unjust, in the sense of having broken the Golden Rule which is “do unto others as you would have them do unto you” we naturally are called upon to re-deem it. To re-deem is to re-will to change the first action and through atonement replace that action with an amending response.

Where an injustice has been committed by you in the stream of worldly events, now in heightened awareness you experience a distinct dimming of your being and awareness. If the injustice was/is particularly egregious you will black out. When you come back to yourself you will be in exactly the same place and may blackout again. This may re-occur many times before it is possible to withstand the re-encounter with that ‘incident’.

If the karmic event is highly charged with complex motives and turbulent negative emotions it may have to be relived many times before it is finally resolved into a positive future intention. There may be clusters of these difficult to resolve events and situations which are all related and connected to each other. Often these “astral skandhas” are woven into the entire biography starting in early life or even carried over from previous lifetimes. At this stage of the after death states in Kama Loka it is only possible to deal directly with matters pertaining to the worldly life which has just ended.

Because of heightened awareness and bi-location you are given over completely not only to your own experience and perception but also to all the feelings and perceptions that the other is having. This degree of mutual empathy is rarely experienced while we are in the worldly body, but was nevertheless there in the background in what we call the ‘unconscious’. Naturally those who have a more mature degree of spiritual development and awareness, are capable in life of much more than worldly emotions.

All of these mutual awarenesses are being understood through what is known as Non Verbal Communication. NVC is much more than telepathy which is centred in the manasic principle or mind and can only really function in a mental atmosphere of calm emotion-free objectivity.

In the awareness state of ‘deepened empathy’ and NVC everything ‘speaks’ the ever changing condition of the others energy, responses, reactions, needs, desires, movements. The constantly shape shifting appearance of the other is ‘language’ and meaningfulness at its deepest levels. There is no possibility of misunderstanding. We dimly perceive something of this state of ‘deepened empathy’ and NVC in what we call “body language”.

Negative feelings about the other will cause them to appear as a frightening demon. Truly positive feelings of love will cause the other to shine out with an inner light and appear beautiful. We come to the direct experience that the soul world is coloured by the state of our own being.

We are in a state of constant movement; the constraints of the gravity sink of the physical world no longer apply. If we desire something it is instantly close to us; or is it that we drew instantly close to it? Feelings of fear revulsion and hate send us hurtling through endless corridors of darkness filled with demonic beings intent upon destroying us. If we panic our self awareness is shattered and we are scattered throughout a chaotic world of darkness and danger. We remain in this state until the energies and reactions to these energies have expended themselves. Our sense of time and with it our identity, is clouded and confused.

When we emerge images and feelings from our worldly life reappear in the field of our again ‘heightened awareness’. We are learning to take absolute responsibility for the state of our own being and the quality of our own awareness. We are overwhelmed by feelings of gratefulness for the life we had that began with birth and ended with death.

It is highly recommended that you read these writings in their posted order.

After Death Experience: Part One:

© one use permission granted to newtheosophynetwork.com:all rights reserved.