Theosophy as Science: Unlocking the Corridors of Nature 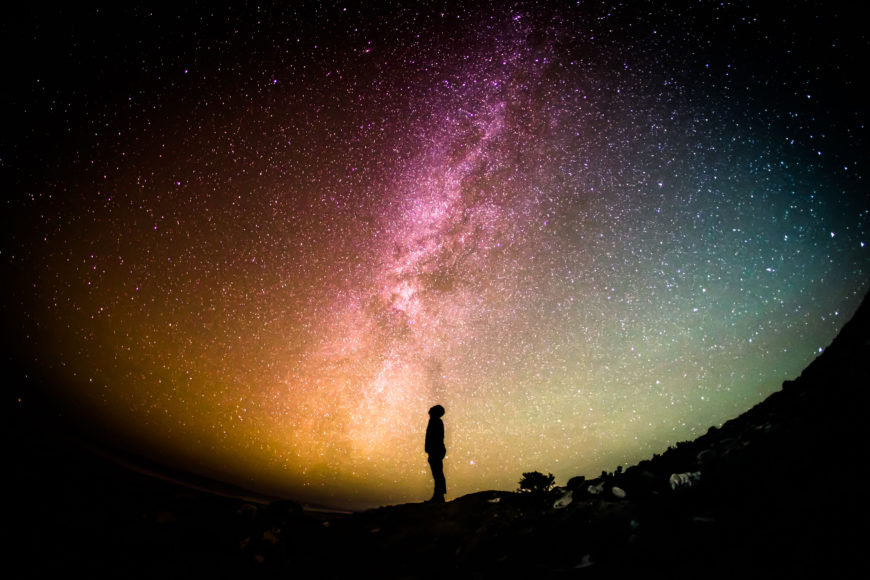 In the first chapter of The Ocean of Theosophy, William Q. Judge, writes that “Theosophy is a scientific religion and a religious science”; and indeed, Theosophy and science can be seen to share a complex, yet complementary, relationship. Both are concerned with the discovery and nature of Truth, though each treads a separate path in the quest for the attainment of this common goal. In Theosophical and scientific investigation alike, Truth remains ever the pinnacle of enquiry; the final end to be sought. That which does not lead one closer to this objective must be discarded along the way, as may be seen in the countless obsolete theories of science, and which is expressed in the motto of the Theosophical Society, which asserts that “There is no religion higher than Truth”. This is a sentiment which may be shared equally by the Theosophist and the scientist in their divergent methods of enquiry.

The scientist turns outward in his quest for Truth, seeking its discovery by the methods of objective scientific experimentation and by an exploration of the vast reaches of the Cosmos he inhabits. In his zeal to uncover the secrets of the Universe, he searches ever upward and beyond, his gaze fixed upon the hazy light of distant stars. He finds himself moved to a sense of wonder; an almost religious instinct which awakens in him an emotion of reverence and awe for the existence and beauty of the world in which he lives and has his being. He is, perhaps, incentivised to satisfy this urge to reverence by some involvement with religion or spirituality, but is so often discouraged by his peers in the scientific community, who steadfastly assert the incompatibility of the abstractions of religious thought with the well-established facts of scientific knowledge.

In seeking to understand the world, the scientist presents hypotheses, or logically suggested explanations for the causes of observable, yet currently unexplained, phenomena, which may in time develop into theories, depending upon the results of testing such hypotheses in an experimental setting. In order for a theory to replace a hypothesis, it must be sufficiently adequate to account for repeated observations in the experiments used to test it. A scientific theory is never proven; it is rather a working model based on significant evidence and as such serves as a well-substantiated, unifying explanation for a set of verified and accepted hypotheses. The lifespan of a theory is dependent upon the continuity of this confirming evidence. If new evidence comes to light which contradicts its assumptions, then the theory must be modified to accommodate it, or else be superseded by a new and better theory. In this respect, science is a tentative endeavour. Scientific knowledge is not absolutely certain and is forever susceptible to serious revision, as any glance at the history of knowledge will demonstrate.

Theosophy, on the other hand, is concerned with Truth at the level of inner discovery. The Theosophist’s method is thus quite different from that of his scientific brethren, though some aspects are shared in common and may be recognised by both. In its essence, Theosophy seeks to unify and reconcile the divergent religious, scientific, and philosophical systems of the world and in so doing provide a scientific explanation for religious beliefs, as well as to rectify the problems of science with the aid of esoteric principles and conceptions. This unified view of the Cosmos is indicated in the subtitle given by Blavatsky to The Secret Doctrine, which she designates The Synthesis of Science, Religion, and Philosophy, thus emphasising the significance of all three systems of enquiry.

Theosophy steps boldly beyond the suppositions of scientific materialism, expanding its field of enquiry to embrace the furthest-reaching vistas of thought known to the mind of Man. It is for such a reason that Col. Olcott describes Theosophy as the “science of sciences”. It does not shy away from the unresolved mysteries of Life – the riddles of creation voiced in the questions of the “Why and Wherefore” of our existence. Transcending the limitations of scientific thought, Theosophy has as one of its aims the investigation of the “unexplained laws of Nature and the powers latent in man” hitherto unrecognised by modern science. It seeks those laws by which to explain the operation of the workings of the Universe and the principle of Unity inherent therein, without which the Cosmos could not exist. In line with this, Blavatsky presents three Fundamental Propositions in the opening section of The Secret Doctrine.
Firstly, Blavatsky posits “The One Absolute Reality which antedates all manifested, conditioned being,” which she says is: “An Omnipresent, Eternal, Boundless, and Immutable PRINCIPLE on which all speculation is impossible, since it transcends the power of human conception…”.

This Ultimate Principle, although transcending the Universe, is also immanent throughout it, being present under or over the Cosmic Activities and Laws. It is incapable of expression in words, as no finite quality or attribute can be applied to the Absolute to so describe it, nor can thought which is bound by the chains of Causation grasp that which is Causeless and Self-Existent. That such an Ultimate Principle exists, we can be certain; all else is merely speculation, as the Absolute in itself is Unknowable.
Though we cannot pry into the real nature of the Absolute, we may form certain conclusions by an observation and study of the Laws of the manifested Universe. A parallel may thus be drawn between the Theosophical and scientific methods of enquiry, by which we may draw our attention to the “how” phase of things and turn our investigation to the operation of the Cosmic Laws as expressed in the cyclic process of Involution and Evolution.

Regarding such, Blavatsky’s Second Proposition asserts “the absolute universality of that law of periodicity, of flux and reflux, ebb and flow, which physical science has observed and recorded in all departments of nature.”

Here the Universe is considered as a “playground” of incessant and never-ceasing periodicity, by which all changes in the activities of the cosmic arena proceed forth in cyclic succession. All things rise and fall in accordance with this invariable Principle of Rhythm. In our world of constant conflict, the tides of war ebb and flow in a pendulum swing of triumph and defeat, as kings are made and unmade through a sempiternal cycle of emergence, progression, maturity, decadence, and death. On a cosmic scale worlds materialise, reach their heights of life and complexity, and are then destroyed. In like fashion suns arise, and upon the attainment of their acme of effulgence, the retrogressive retreat begins until, in the passing of countless aeons, the fading lights flicker out. And thus it is with all things – from the changing of the seasons to the rise and fall of nations. There is no cessation to this immutable sequence of events – like the currents of the seas, it is ever in evidence.

Science likewise holds the orderliness of the Universe to be self-evident; it is fundamentally dependent on the rhythmic repetition of patterns in phenomena as without such its processes and methods would be rooted in a chaotic framework and would fail. All our conceptions of measurement, distance, time, and space are contingent on this, and may be understood only in the light of the Law of Periodicity and its concomitant Principle of Rhythm.

The Third Proposition involves the essential Oneness of existence, attesting to the “fundamental identity of all Souls with the Universal Over-Soul.”

Here is postulated the essential interconnectedness and Unity of Life; that universal truth which has been experienced and expounded in the treatises and poetic musings of the mystics and philosophers of all ages of history, long anticipating the materialising thought of today. This basic teaching is now receiving confirmation in the light of modern science, which, whilst emphasising its rational and materialistic conception of the Universe, still finds itself compelled to the conclusion that: “All is One, at the last.” Science and religion, so long thought to be incorrigible foes, now seem to have found a common ground on which to stand, united in the quest for the discovery of Truth.

We are indeed on the verge of a grand synthesis of science, religion, and philosophy. Those aspects of each which can no longer withstand the changing face of progressivism will straggle and fall, and in so doing separate the wheat from the chaff. The materialising worldview of the modern era is a decidedly pragmatic one with an emphasis toward the acquisition of knowledge and the spirit of advancement. This is the great reconciliation; and the leading authorities of the myriad fields of human enquiry are beginning to comprehend the fact that they have been seeking the same thing all along. The realms of expertise over which they govern are but the superficially independent constituents of a larger and greater whole, which in Theosophy manifests as a practical system of enquiry into the Cosmos and man’s role therein. Theosophy is thus an ever-expanding science, dynamic and alive, which continues to emphasise the necessity of ongoing research and investigation into the nature of our world.

Perhaps this common meeting ground of Theosophy and science could best be expressed in repeating the motto of the Theosophical Society, that “There is no religion higher than Truth.” In this, the Theosophist and scientist find themselves in absolute agreement. They walk hand in hand along the corridors of nature, united in purpose; together seeking to solve the Riddle of the Universe.