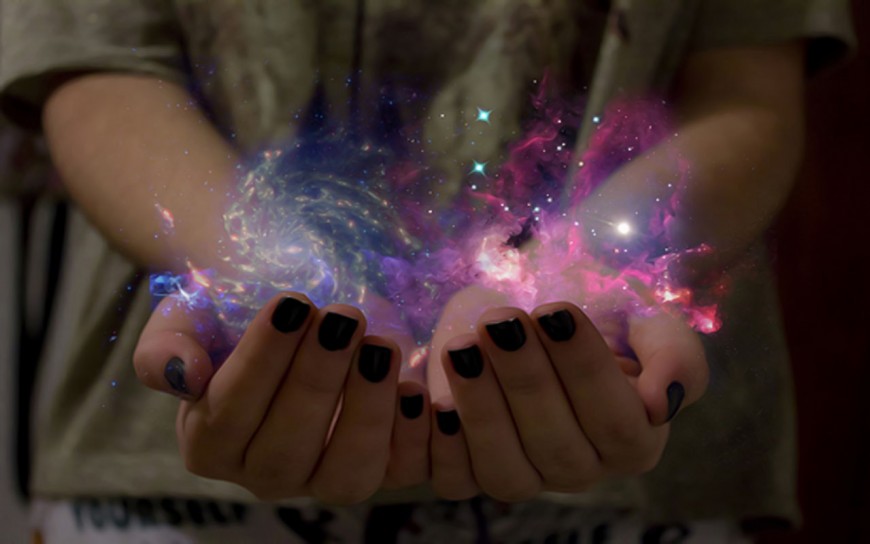 Man has existed from the beginning of the formation of the universe. He was there in potential with the first union of spirit into matter.  Destined to experience matter, the monadic principal, our spiritual soul, has and will continue, to pass through every form of material existence.

Atma, the omnipresent, eternal and boundless One and Buddhi, the representation of that One principle manifested in matter, are said to be the first and second principles in the constitution of man;  they form what is called the divine monad.  Fohat, which is described as being an Occult electric, vital power, is said to be directed by divine thought, the creative logos, (Dhyan-Chohans) present at the formation of the universe, unites and brings together all forms; this divine thought is represented as Universal Mind and manifests in ourselves as Manas. This completes the third part of what theosophical literature calls our higher triad, our Spiritual Soul.

We are therefore,  indeed made of star dust and our very essence, the spiritual part of our being is eternally connected to the whole universe.

Fohat traces spiral lines to unite the six to the seventh — the Crown ………….
(a) This tracing of “Spiral lines” refers to the evolution of man’s as well as Nature’s principles; an evolution which takes place gradually ….. as does everything else in nature…….. Fohat, in his capacity of Divine Love (Eros), the electric Power of affinity and sympathy, is shown allegorically as trying to bring the pure Spirit, the Ray inseparable from the one absolute, into union with the Soul, the two constituting in Man the Monad, and in Nature the first link between the ever unconditioned and the manifested.  Secret Doctrine Vol.1, stanza V, 4

“Lift thy head, oh Lanoo; dost thou see one, or countless lights above thee, burning in the dark midnight sky?”
“I sense one Flame, oh Gurudeva, I see countless undetached sparks shining in it.”
“Thou sayest well. And now look around and into thyself. That light which burns inside thee, dost thou feel it different in anywise from the light that shines in thy Brother-men?”
“It is in no way different, though the prisoner is held in bondage by Karma, and though its outer garments delude the ignorant into saying, ‘Thy Soul and My Soul.’ ” – SD Vol 1, 120