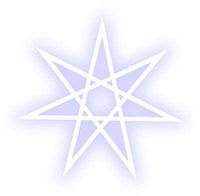 It is good to review the Seven Principled Human Being who is at the centre of all our theosophical studies and discoveries. Much has already been written on this subject over the entire history of Theosophy itself.

The first thing to understand about the Sevenfold Spiritual nature of the human being is that you are a multiple being to an extent, of which, you are not fully aware. About one third of your being is composed of the physical and energetic and emotional/mental functions related to the senses and the physical. The rest of you; is composed of mental, emotional, spiritual and energetic states functioning on nonphysical levels of your being.

We intend to lay a ground work here which will allow us to relate the Sevenfold Spiritual human being to the Skandhas and to Meditative States as described in Wisdom Path meditation. We will need this knowledge in order to go further into the nature of Addiction and Spirituality:

The higher self of the human being is described in traditional theosophical teachings as consisting of:

This triune spiritual being is variously described as the “Monad” the “Higher Self” the “Immortal Man” the “True Individual”. This inner Self is the one who is on its journey through the “cycle of necessity” described in the Third Fundamental Proposition of the Secret Doctrine.

The lower or outer self is a fourfold complex of interdependent and integrated functions involving immediate awareness states and metabolism. This is often referred to as the “lower quaternary. Or the “lower four”.

[3] Astral Soul: The entire personal and psychological emotional make up of the person.

[2] Etheric Body: The self regenerating energy body dependent on air and sustenance. This is sometimes called the Prana Body which suffuses the entire Sevenfold nature on its different levels.

[1] Physical Body: The entire physical form of a human being:

The main idea is that ultimately the higher self is able to incarnate fully into a properly developed and aligned lower self. Voila a divine incarnation!

This is essentially what is found in innumerable places all over the vast corpus of theosophical literature. Unfortunately there is no really good user’s manual to tell you how to go about getting this to happen.

That’s what we are going to talk about next.