Articles » Sevenfold Constitution of Man » Theosophy And Self Identity

Theosophy And Self Identity

Theosophy is the ancient wisdom spirituality that has spent most of its history hidden from public view. Known only to the secret brotherhoods of spiritual tradition theosophy has only been made available to the public a few times in the last two thousand years and then only under special social and cultural circumstances.

A civilization must accept freedom of religious faith and hold scientific and philosophical truth as  ideals in their own right for theosophy to make itself known to the public. The cultural and social norms that are taken for granted by any given civilization naturally has a significant effect on how theosophy is received.

When Theosophy began to reemerge out into public view in 1875 and right on through to the 1960s the the first phase of modern theosophical dissemination and organization had been completed. The second phase began in the Sixties and continues on into the 21st Century.

During the phase 1875-1960 the identity of any given person was based upon their status and occupation in society. What gave someone value was that their lives corresponded to the position they could be expected to occupy based on their birth, family background, wealth, education and social circle. Society was highly stratified. In the late eighteen hundreds and right on into the forties and fifties for instance, any man could easily be positioned within his social strata by the hat and suit he wore combined with his accent.

Theosophical writings carried little appeal for the man in the street who was unlikely to read beyond a certain simple level. Theosophy was a rather elitist affair and was adopted quickly by the Intelligentsia and upper and middle classes within the English speaking world, and beyond. Membership in the Theosophical Society became an extended status symbol for many of the people who became involved with it.

Prior to the modern era of spiritual understanding, which we must date from the Sixties for reasons that will be made clear, it was extremely difficult for the aspiring Theosophist to gain an objective and clear understanding of the lower self. Status and social identity were everything, and every attempt to overcome this form of self identity was fraught with the danger of being thought ‘strange’ and losing ones position and privileges in society. The teachings were made public but the methods that bring about profound spiritual transformation, initiation and ultimate enlightenment remained the carefully guarded knowledge of “the few” within the theosophical movement itself. 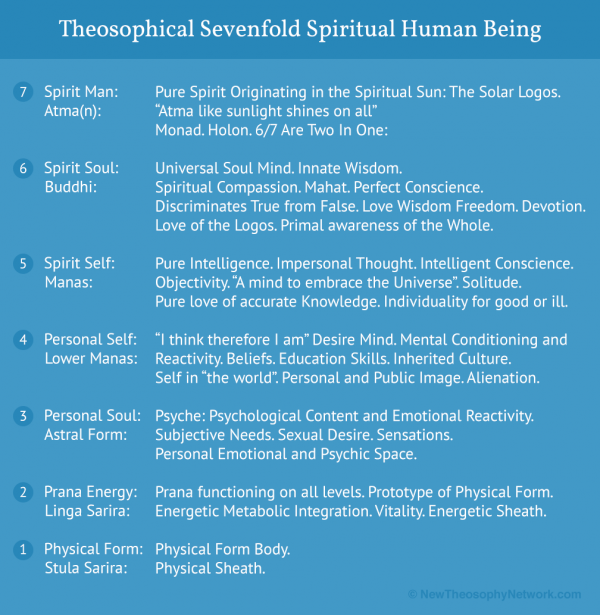 The Lower self in the World today [1][2][3][4] in the above graph-has a very different encounter with Theosophy, than the people who encountered it prior to the Sixties of the 20th Century. What has changed? We no longer value individuals based upon Status, now each Self is seen as having intrinsic value and the right to define itself in spiritual and developmental terms commensurate with its own self understanding. Now we live in an era where each person may give and receive, respect and mutual affirmation outside the hierarchy of social status. Theosophy has promoted and taught this understanding of the Self from the beginning, and was largely responsible for the changes in this regard that emerged in the Sixties.

The Human Potential movement that emerged in the sixties and seventies drew on both spirituality and the psychology of pioneers like William James, Carl Jung, Abraham Maslow, and many others. Carl Jung, who had rejected Freud’s reductionism, drew deeply upon spiritual theosophical and esoteric traditions in order to present a psychology that was capable of recognizing the intrinsic value of the human being as a spiritual being.

H. P. Blavatsky had promised to write the “Psychological Key” to the Secret Doctrine of 1888, but was unable to complete this task before her withdrawal from this world in 1891. It must be said for the sake of clarity that Theosophy has always been antagonistic towards any psychological theory that is limited to mere humanism, and excludes the essential spiritual nature of the Self.

Abraham Maslow who must surely have been familiar with Theosophy developed what came to be known as “Maslow’s Hierarchy of Needs” which he published in America in 1943. The Hierarchy of Needs is a pyramid divided into five horizontal layers corresponding to five levels of human need and identity. It bears a remarkable resemblance to the Sevenfold Spiritual Nature of the Human Being. Simply add [7] Spirit Man and [6] Spiritual Soul and you have a psychological representation that corresponds to the Theosophical Levels of being quite nicely, if only in caricature. 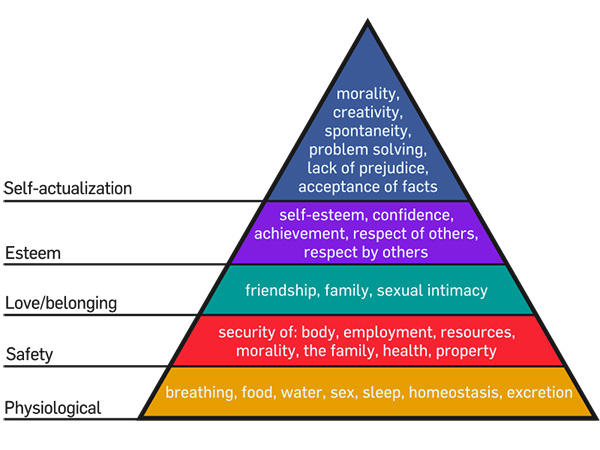 This approach of Maslow’s grew out of Humanistic Psychology, but because it transcended the psycho-physical boundaries of humanism demanded a new name. Maslow called this new breakthrough into a psychology which embraced the spiritual dimensions of the Self, Trans-personal Psychology.

The Journal of Transpersonal Psychology suggests that transpersonal psychology “is concerned with the study of humanity’s highest potential, and with the recognition, understanding, and realization of unitive, spiritual, and transcendent states of consciousness”

The human being here in the 21st century is fully empowered to enter into an active and experiential spiritual life. The Self is now widely understood to contain higher spiritual potentials which can be developed . The problem now exists for the seeker to discriminate between a very wide range of teachings, practices and approaches all calling themselves Transpersonal Psychology.

We can appreciate new applications of the insights to be gained by a study of the Sevenfold Spiritual nature of the human being. By investigating Transpersonal Psychological theories we can gain new perspectives, provided we do not become bogged down in endless psychological theorizing, and lose sight of our essential spiritual calling.

It behooves us to remain standing on the foundation rock of timeless Theosophy where we may drink the sweet waters from the fountain of eternal wisdom.